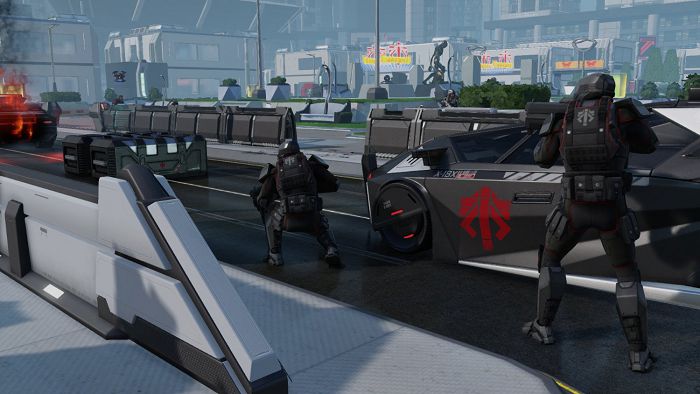 Earth has changed. Twenty years have passed since world leaders offered an unconditional surrender to alien forces. XCOM, the planet’s last line of defense, was left decimated and scattered. Now, in XCOM 2, the aliens rule Earth, building shining cities that promise a brilliant future for humanity on the surface, while concealing a sinister agenda and eliminating all who dissent from their new order.

Only those who live at the edges of the world have a margin of freedom. Here, a force gathers once again to stand up for humanity. Always on the run, and facing impossible odds, the remnant XCOM forces must find a way to ignite a global resistance, and eliminate the alien threat once and for all.

Take command of the Avenger, an alien supply craft converted to XCOM’s mobile headquarters. New open-ended gameplay lets you decide where to guide your strike team, how to grow popular support, and when to combat enemy counter-operations.

Five soldier classes, each with its own skill tree, let you create specific soldiers for your tactical plan.

New gameplay systems offer more tactical flexibility in combat. Use concealment to ambush enemy patrols. Loot enemies for precious gear and artifacts. Rescue VIPs and save fallen comrades by carrying them to the extraction point.

A diverse cast of enemies from powerful new alien species to the ADVENT, enforcers of the alien regime, offer a distinct tactical challenge.

XCOM 2 allows you total freedom in how you fight your enemies, including what skills and abilities your soldiers can learn. Make special areas on the Avenger so that your team can grow, get new weapons, and truly take the fight to the aliens. Be warned though, every mission is its own test, so you need to be ready for anything the aliens, and the world, may through at you. It's time to retake Earth, so suit up and go do it.

Plus, if you pre-order the game, you'll get special content at no extra charge! You'll get the Resistance Warrior Pack, a "Survivor of the Old War" recruit, and access to the Season Pass!