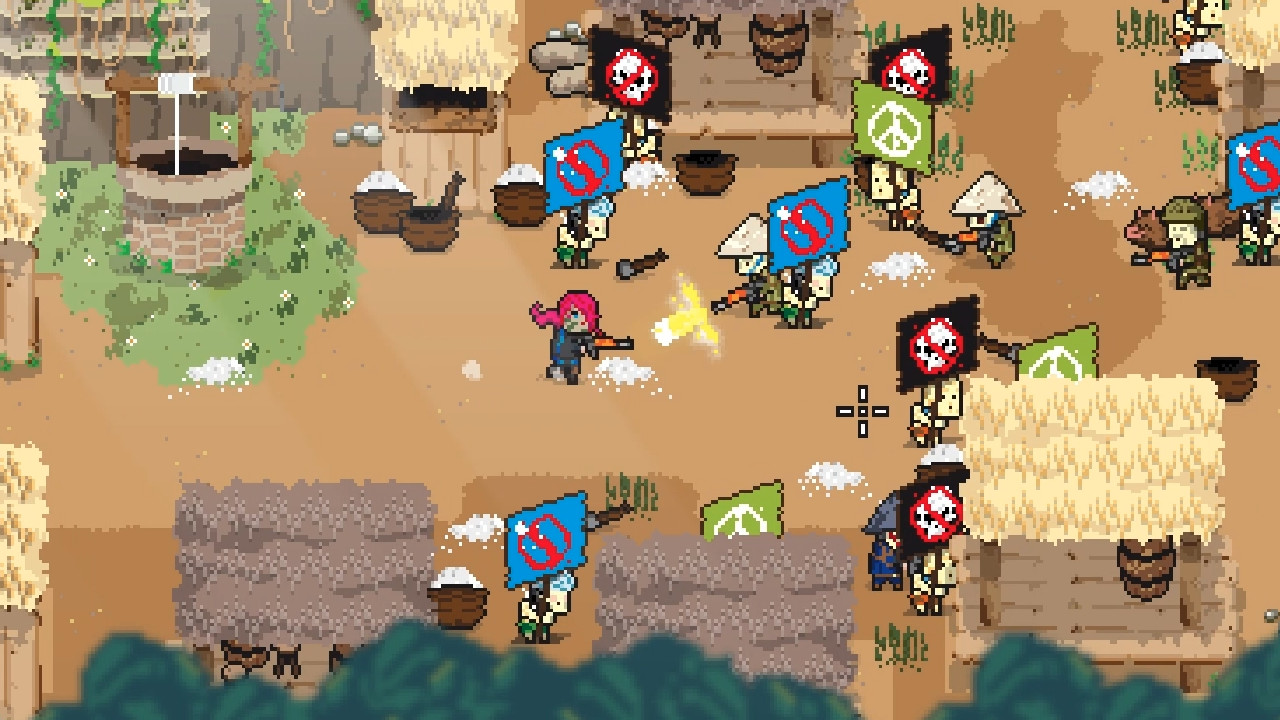 The world has been dominated by dark forces since the beginning of human history. Known as the Masters of Mankind by those directly under their control, these forces will use any means necessary to protect their own interests including starting wars.

In 8DAYS the mercenary company G.O.D. (Gold, Oil, and Diamonds, Inc) and the 8DAYS Magazine are two modern instruments used to control the masses. G.O.D. is primarily a peacekeeping force and 8DAYS ensures the bias of public opinion. In 8DAYS players take on the role of Lola “Wasp” and Mike “Ghost”, two of G.O.D.’s expendable mercenaries.

Mike “Ghost” Doe (40 years old) was born in the wild in Australia, where anything can kill you, he soon became an expert man who learned quickly to fight to survive. His face was burnt in an accident during his childhood.
He has worked on undercovered operations and was declared missing in action during the Second Gulf War. Recent Intelligence information reports he took part of the Russian forces during the Moscow theater hostage crisis in 2002.

Lola “Wasp” Cruz (24 years old) was born in the mountains of Chiapas, her mentor was Subcomandante Juanes. She’s survived the paramilitary ambush in 2013 where her mentor died.
Since then she decided to infiltrate in the shadows to finish with the hidden powers who cowardly killed his mentor.


Your first mission as a mercenary is to move to the East and break the world rice embargo which is prohibiting the Western upper classes from enjoying their daily sushi. You shall persuade the local military dictator to conclude this illegal embargo.

Along the missions as G.O.D. expendables mercenaries you will have to face those conflicts and put them to an end ... will you?