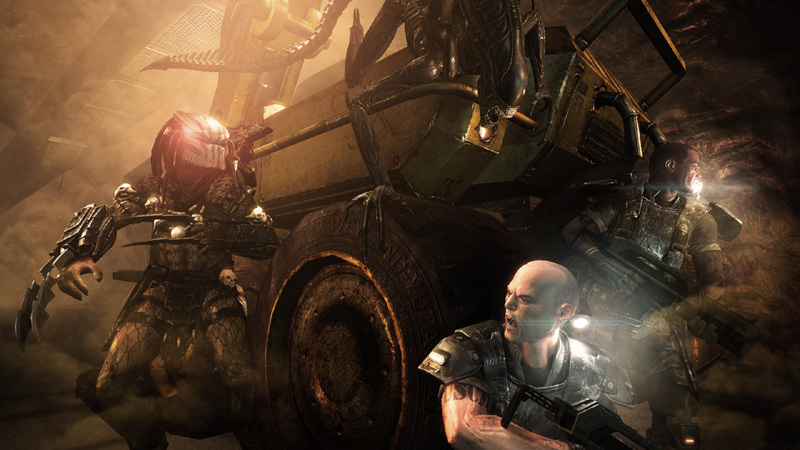 Experience distinctly new and thrilling first person gameplay as you survive, hunt and prey in the deadly jungles and swamps surrounding the damned colony of Freya's Prospect.


ALIENS VS PREDATOR: SWARM MAP PACK (DLC) Bring a whole new dimension to the action and excitement of Aliens vs. Predator with four all-new online maps.

ALIENS VS PREDATOR: BUGHUNT MAP PACK (DLC) Welcome to the killing grounds of BG-386. Prove your skills on four new multiplayer maps spanning jungle swamps, Alien crashsites, industrial complexes and ancient temples. Your environment will be your deadliest enemy - constant rainstorms batter you, fog hides your predators with only a flash of lightning to show the way through.