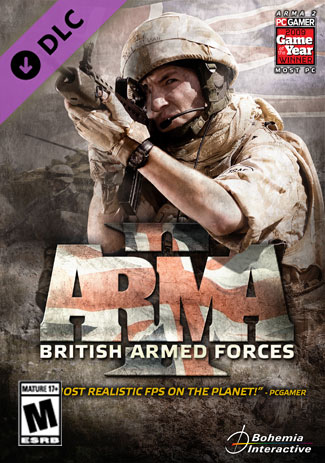 This content requires the base game Arma 2: Operation Arrowhead  in order to play.

Buy Arma 2: British Armed Forces game code and get your key for Steam activation within minutes via email! The key will be sent via eMail. Please check the spam or junk mail folder too. Use the key to access your highspeed download of your received game. Don't miss out this offer.