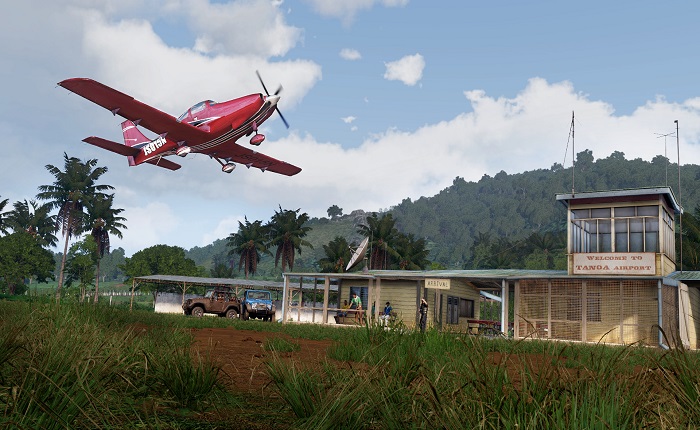 Enlist for active duty with Arma 3 Apex and be deployed to a brand new warzone. With its distinct geographical features, the South Pacific island archipelago of Tanoa introduces fresh opportunities for all types of combat operations. Engage in Arma 3’s tactical gameplay, where movement, shooting, and teamwork truly matter, and make use of new vehicles, weapons and gear to overcome the challenges of a hostile foreign terrain. The Apex expansion represents the pinnacle of over 15 years of Arma development. Enjoy one of the most meaningful gaming experiences on PC; feel the adrenaline-rush of a hard-earned victory, discover a continuously evolving platform packed with official and player-created content, and join one of thousands Arma community groups to meet new people from across the world. Authentic, open, and diverse – this is the PC’s premier military game at its finest. Welcome to Arma 3 Apex!

Home to lush tropical vegetation, unique landmarks, a rich history, and imposing man-made feats of modern engineering, this 100 km² South Pacific archipelago is built to bolster authentic combat on a massive scale. Tanoa’s varied locations, such as the rainforests, volcano, shanty towns, sugar cane factory, and industrial port, cater to all scenario types. Whether it’s to conduct an all-out assault, a small-scale covert op, jungle warfare, or anything else suited to a South Pacific setting – Tanoa is the destination of choice. Your next adventure awaits.

As if that wasn't enough, there's loads more things to do in Arma 3 Apex. There's a new faction that you can fight, and they all have their own unique weapons, armor, and style that separates them from past foes. Then, there's your armaments. The game gives you numerous new weapons, armor, and even 10 new vehicles for you to take to the island and run all over it with.

The Arma 3 Apex expansion is supported by major platform updates, featuring a wide variety of new content, features, and enhancements. These platform updates also apply to the base game and are free for all owners of Arma 3.