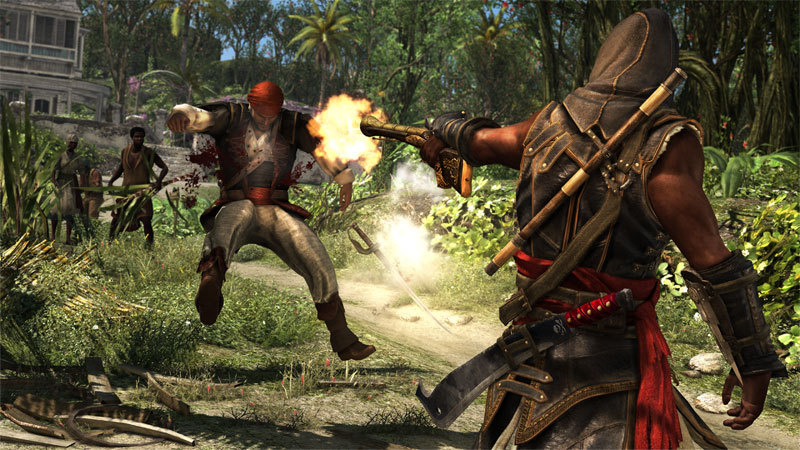 
ABOUT THE GAME Born a slave, Adewale was sold to a plantation owner at a young age. When pirates raided the plantation Adewale escaped and found freedom as a pirate aboard the Jackdaw. Now, 15 years since the end of Assassin?s Creed IV Black Flag, Adewale has become a trained Assassin and illustrious member of the brotherhood.

After capsizing in Haiti and left without weapons or crew, Adewale starts to meet and help locals in an effort to assemble a crew and steal a ship. The more he helps, however, the more he is drawn into the Maroon slave community. A cause close to his heart, Adewale sets out to free the slaves and bring death to their captors.

Leave your mark on slavery with over 3 hours of new single player missions. Strike down your enemies with powerful new weapons such as the blunderbuss and machete.