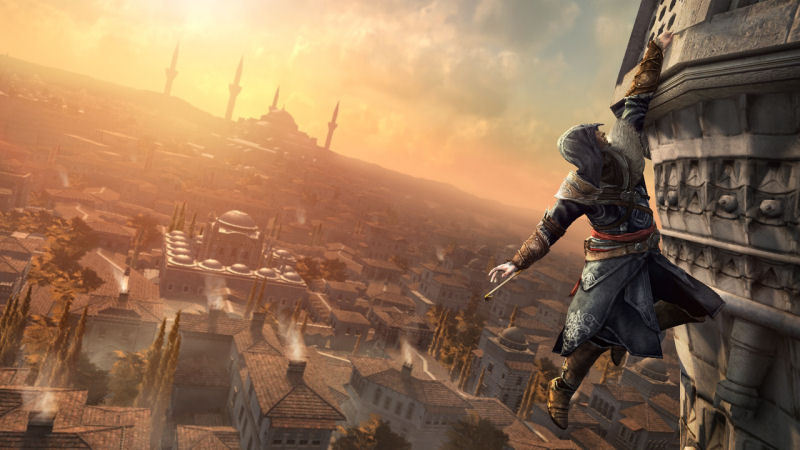 ABOUT THE GAME When a man has won all his battles and defeated his enemies; what is left for him to achieve? Ezio Auditore must leave his life behind in search of answers, In search of the truth.

In Assassin?s Creed? Revelations, master assassin Ezio Auditore walks in the footsteps of the legendary mentor Altair, on a journey of discovery and revelation. It is a perilous path ﾡﾰ one that will take Ezio to Constantinople, the heart of the Ottoman Empire, where a growing army of Templars threatens to destabilize the region.

In addition to Ezio?s award-winning story, a refined and expanded online multiplayer experience returns with more modes, more maps and more characters, allowing you to test your assassin skills against others from around the world.

SYSTEM REQUIREMENTS
Minimum: * This product does not support Windows? 98/ME/2000/NT

Laptop versions of these cards may work but are NOT supported. These chipsets are the only ones that will run this game. For the most up-to-date minimum requirement listings, please visit the FAQ for this game on our support website at http://support.ubi.com.