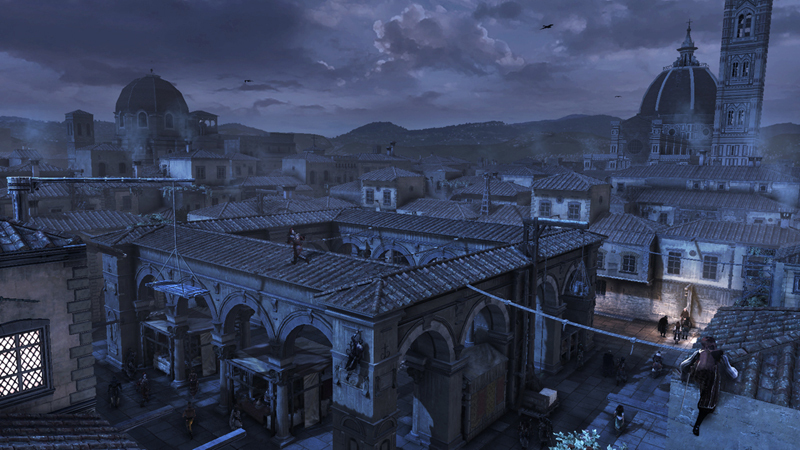 NOTICE: In order to get this expansion to work, you need the original game of Assassin?s Creed Revelations

The Mediterranean Traveler Map Pack extends the Assassin?s Creed? Revelations Multiplayer experience with the addition of 6 multiplayer maps, each introducing new gameplay opportunities through their varied terrains, perches and hideouts. This all new downloadable content also comes with a new collection of Achievements and Trophies for those that want to try their hand at kills and escapes that are as impressive as they are effective. Journey to the majestic holy city of Jerusalem, the opulent Imperial District of Constantinople, and the colorful mercantile district of Dyers.

Revisit your favorite Italian Renaissance maps from Assassin?s Creed? Brotherhood, starting with the historic city of Firenze, traveling to the mountain sides of San Donato, and to night time Siena with its carnival lights, talented performers and deadly hiding spots. Give all your multiplayer characters some personal style with bonus multiplayer customization items, also included in the pack.

Laptop versions of these cards may work but are NOT supported. These chipsets are the only ones that will run this game. For the most up-to-date minimum requirement listings, please visit the FAQ for this game on our support website at http://support.ubi.com.