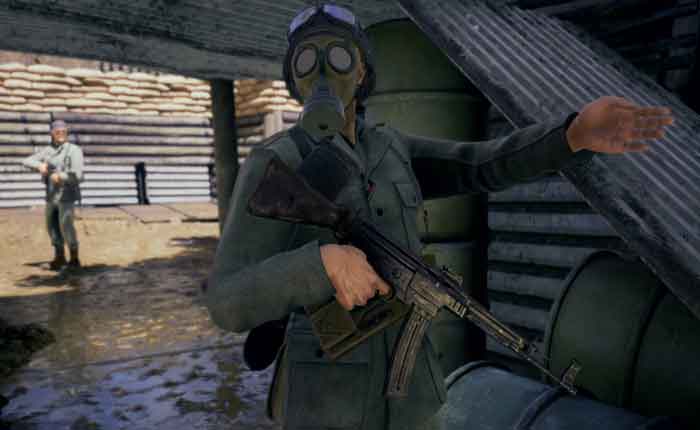 Battalion recaptures the core of classic competitive shooters & refines the ‘classic’ FPS feel for the next generation. Focusing on 5v5 infantry combat, where precise flick shots with your Kar98, covering fire with your Thompson and fluid movement are key to clutching every round for your team.

KEY FEATURES:
Classic WWII FPS Roots – Skill Is King
Strike with speed, strength and precision as Battalion’s swift and smooth infantry combat paves the way for a skill ceiling competitive gamers will die for. You won’t find any airstrikes, attack dogs or overpowered god guns here. In Battalion 1944, you, your skill and your rifle reign supreme.

Wartide – Game Mode
Two teams. Two weapon armouries to be fed with the blood of your enemies. Two objectives to defend or blow to smithereens. Five players per team. Thirteen rounds to secure victory.

Wartide is created with competitive players in mind. Every weapon matters and every round counts. Loot corpses to gather weapons for your team to use in later rounds. Then, focus on the map objectives to achieve victory.

Skill Based Matchmaking
Skill based matchmaking rates your performance level and matches you against players who’ll put your skills to the test.

War Chests
Earned by levelling up as well as from the store, these entirely cosmetic chests allow you to wear your favourite weapon colours with pride when you take to the battlefield.

Dedicated Server & LAN Support
Whether you want to host a mod, run a private competitive match or ramp the player count well above the recommended settings; Battalion 1944 allows you to host your own dedicated servers.

By the Community, For the Community
This heart-thumping multiplayer experience is being crafted by designers who have grown up playing top competitive First Person Shooters; alongside community feedback from professional FPS players and an Early Access community shaped by the same gaming experience.