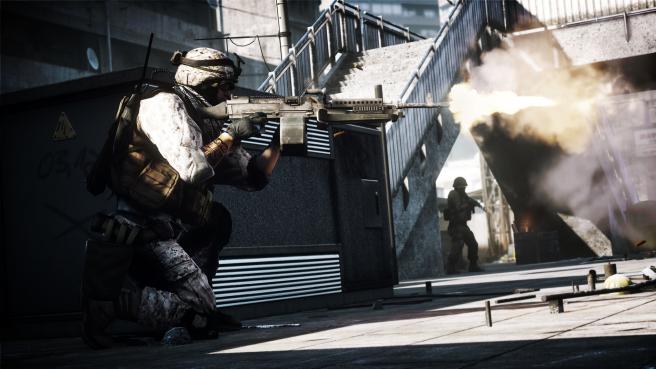 Battlefield 3: Back To Karkand (Add On)

It’s time to go Back to Karkand with the first expansion pack to DICE’s award-winning Battlefield 3. Utilizing thepower of Frostbite 2, the Back to Karkand Expansion Pack re-masters four of the greatest Battlefield maps withenhanced levels of destruction: Strike at Karkand, Wake Island, Gulf of Oman, and Sharqi Peninsula.

In addition, Back to Karkand includes five new dog tags, five new achievements/trophies on console, three vehiclesfrom Battlefield 2 (the desert buggy, the STOVL fighter jet, and an APC), 10 iconic Battlefield 2 weapons you canbring back to the base game, and an added layer of persistence where players complete Assignments to earn theirrewards.

Battlefield 3: Back to Karkand Expansion Pack

• Play on four legendary Battlefield 2 maps boldly reimagined in the Frostbite 2 engine
• Take control of the new APC, desert buggy and STOVL fighter jet
• Extend your arsenal with ten new weapons you can bring back to the base game
• Engage in classic Conquest Assault famous from Battlefield 2
• Complete all-new Assignments to unlock weapons and unique dog tags