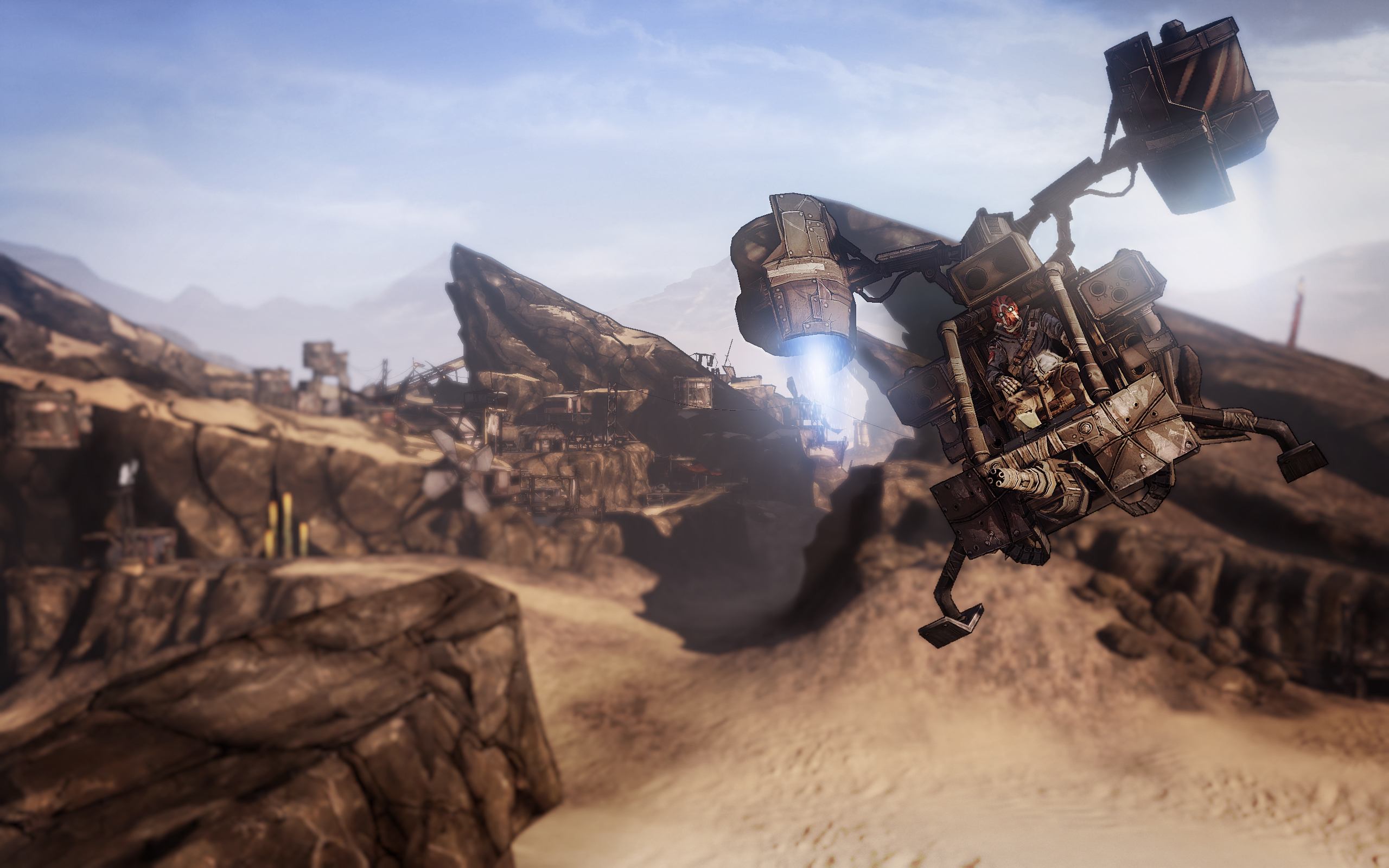 
GAME OF THE YEAR EDITION With the Borderlands 2 Game of the Year Edition, players can experience every epic boss battle, increase the level for each of the six playable Vault Hunters, play all of the additional campaign content, and enjoy hundreds of hours of shoot-and-loot mayhem at an extraordinary value.

ABOUT THE GAME Borderlands 2 follows the story of four new Vault Hunters as they fight to free Pandora from the clutches of Handsome Jack, the brilliant, charismatic, and utterly despicable CEO of the Hyperion Corporation.

Players will fight across the whole of Pandora to stop Jack from awakening an ancient alien evil known only as "the Warrior." Their quest will bring them into contact with some familiar faces from the old game ﾡﾰ most notably, the original four Vault Hunters: Roland, Lilith, Brick and Mordecai. They, along with some brand new characters, will help players defeat Jack, destroy the Warrior, and save Pandora.

NOTICE: The following video chipsets are unsupported for Borderlands 2:
NOTICE: Apple Intel Chipsets only. Power PC Processors (G4 and G5) are not supported.

NOTICE: This game is not supported on volumes formatted as Mac OS Extended (Case Sensitive)


Unauthorized copying, reverse engineering, transmission, public performance, rental, pay for play, or circumvention of copy protection is strictly prohibited ? 2012 Gearbox Software, LLC. Published and distributed by 2K Games. Gearbox Software, Borderlands, and the Gearbox and Borderlands logos are trademarks of Gearbox Software, LLC. 2K Games and the 2K Games logo are trademarks of 2K Games in the US and/or other countries. Unreal, the circle-U logo and the Powered by Unreal Technology logo are trademarks or registered trademarks of Epic Games, Inc. in the United States and elsewhere. Uses Bink Video. Copyright ? 1997-2012 by RAD Game Tools, Inc. This software product includes Autodesk? Scaleform? software, ? 2012 Autodesk, Inc. Autodesk and Scaleform are registered trademarks or trademarks of Autodesk, Inc., and/or its subsidiaries and/or affiliates in the USA and/or other countries. Powered by Wwise ? 2006 - 2012 Audiokinetic Inc. ? 2012 NVIDIA Corporation. NVIDIA, the NVIDIA logo, GeForce, PhysX, The way it?s meant to be played, and 3D Vision are trademarks and/or registered trademarks of NVIDIA Corporation. Published and distributed by Aspyr Media, Inc. ?Aspyrﾝ and the Aspyr ?starﾝ logo are federally registered trademarks of Aspyr Media, Inc. Mac and the Mac logo are trademarks of Apple Computer, Inc., registered in the U.S. and other countries. The ratings icon is a trademark of the Entertainment Software Association. All other marks and trademarks are the property of their respective owners. Non-transferable access to special features such as exclusive, unlockable, downloadable or online content, services, or functions may require single-use serial code, additional fee and/or online account registration (17+). Access to special features may require internet connection, may not be available to all users, and may, upon 30 days notice, be terminated, modified or offered under different terms. ne play and download requires broadband internet service. User responsible for associated fees. All rights reserved.