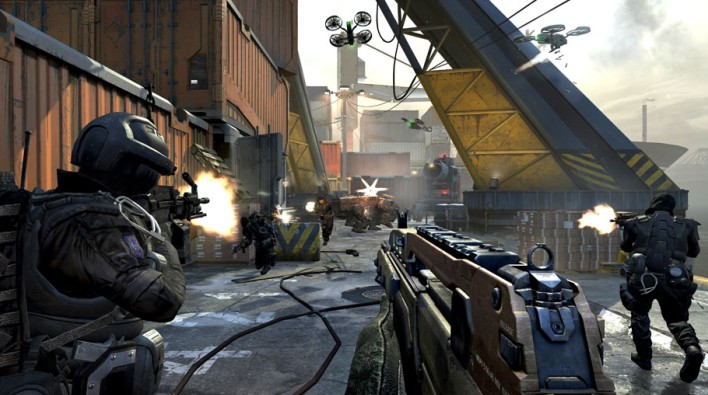 NOTE: Season Pass owners should NOT purchase individual map packs. All content in map packs are included in Season Pass.

And for the first time ever, players will enter these firefights with a bonus weapon – the Peacekeeper hybrid SMG-Assault Rifle – yours to level up and customize on all Call of Duty: Black Ops II multiplayer maps.

This first map pack also includes a healthy dose of the undead, as Treyarch introduces the brand new Zombies Co-Op Map, Die Rise, bringing a terrifying new twist that will turn your undead world upside down. And for even more zombie-stopping action, the new Zombies game mode, Turned, flips the battle around, putting players into the role of the zombie fighting for survival against a human opponent.