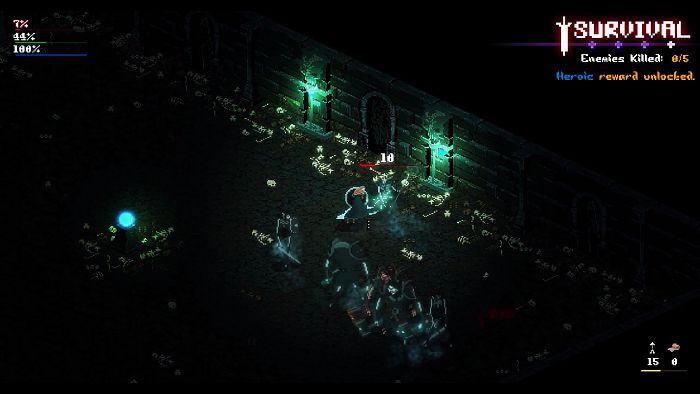 Eitr is an Action RPG which takes inspiration from games such as Dark Souls, Golden Axe and Diablo. The game will be challenging and require timing and precision to progress through the environments. Players will need to use a combination of blocking, combos, buffs and positioning to succeed in battle.

The game will contain various locations from Norse mythology, players will find themselves travelling through a variety of different types of natural terrain, dungeons and tombs.

"Eitr" is from Norse mythology, it is a black poison substance that corrupts whoever or whatever it comes into contact with. The story of the game is based around the world tree, Yggdrasil, the connector of the 9 Norse worlds, which becomes poisoned with Eitr, spewing darkness into each world.

You play as a Shield Maiden. Like other mortal Norsemen, her fate was to be determined pre-birth by the three fate-weaving Norns, but for no reason other than his own tormented sadistic gratification, Loki interfered, dripping spots of wretched Eitr into the unwoven fate loom, determining the fate of an unborn child and simultaneously causing the light to fade from Yggdrasil.

It is our Shield Maidens quest to restore the light to Yggdrasil, or watch the nine Norse worlds fade into inevitable darkness.

Eitr is being developed by a team of two in London, UK. The game has been in development for six months.