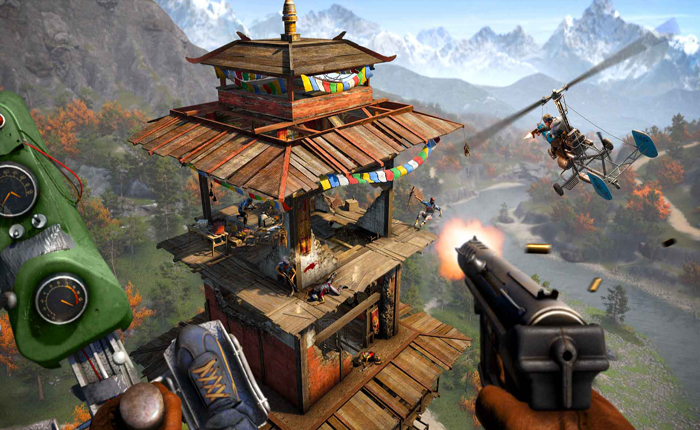 The Far Cry 4 Complete Edition bundles together the full game and Season Pass, which adds these five pieces of DLC:

The Syringe – Players must find a rare and potent recipe before Pagan Min’s forces use it against the rebels.
Escape from Durgesh Prison – Without anything to defend themselves with, players will have to complete a series of challenges to reach an extraction point.
The Hurk Deluxe Pack contains five missions and an arsenal of new weapons including “The Impaler”, Hurk’s harpoon gun.
Overrun DLC allows players to team up as Rakshasa or Golden Path to swarm conflict zones and overrun their opponents in maps based on Kyrat’s countryside.
Valley of the Yetis – After crashing in the Himalayas, players must explore a new frozen landscape and discover the secrets behind a mysterious cult.