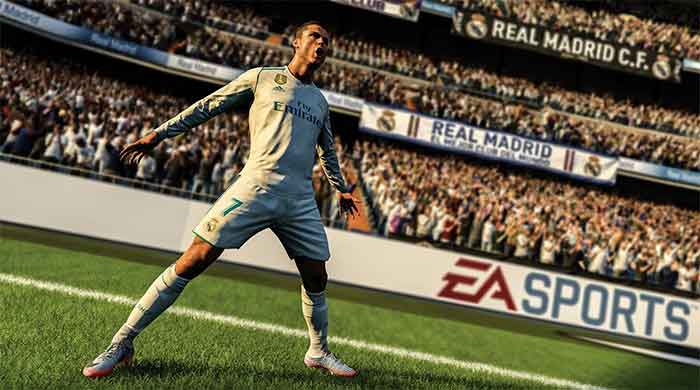 Buy FIFA 18 (PC) game code and get your key for Origin activation within minutes via email! Use the key to access your highspeed download of your received game. Don't miss out this offer.

In the next installment of the most successful sports game of all time, FIFA 18, the story mode "The Journey" from FIFA 17 will be continued, including new characters and a brand new storyline. The Journey: Season 2 is meant to deliver a more innovative gaming experience and will be better connected with the popular Ultimate Team mode.

Beyond that, the FUT mode will continuously be improved, same as the general gameplay and graphics. Speculation calls for the addition of new leagues and all their teams - the booming football leagues in China and India might be featured in FIFA 18.

The World's Game
Powered by Frostbite, FIFA 18 blurs the line between the virtual and real worlds and brings players, teams and atmospheres to life.

The Journey: Hunter Returns
The whole world is talking about Alex Hunter. Now he's back for a second season, and rumor has it, he's on the move...

FIFA Ultimate Team
The best of the best are coming to FIFA 18. Play with the most iconic legends of football including Ronaldo Nazário, Diego Maradona and Thierry Henry. More ICONS and FUT features to be revealed throughout the summer of 2017

Team Styles and Positioning
New Team Styles put the most recognized tactics of the world's best clubs on the pitch. Enjoy more time and space to read the play through New Player Positioning, while improved tactics give players greater options on the ball