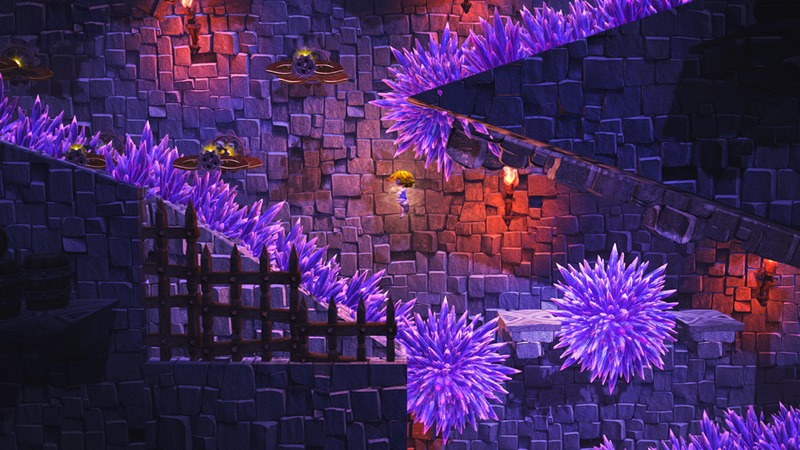 
GIANA SISTERS: TWISTED DREAMS Giana Sisters: Twisted Dreams is a challenging fast-paced platformer with a twist. Warp Giana?s dream world at will to transform your abilities and surroundings. Use your skill, speed, and brains to brave the dangers of Giana?s twisted dreams!

Giana laughs at spooky nightmares, lightly twirling past monsters and traps. Fluffy sugarbowl dreams on the other hand tick her off, unleashing her fiery, punky side, ready to dash and smash all in her path!

Dash through tricky levels and transform the whole world at will in this fast-paced platformer. Rise of the Owlverlord combines graphics that pack a visual punch and tight controls with the challenge of retro era platforming. Fluidly morph between two dynamically different dream worlds to solve puzzles and combat grueling enemies and bosses. You?ll have to intertwine perky Giana's twirling jump with punky Giana's hammering dash attack to survive her dual nightmare.