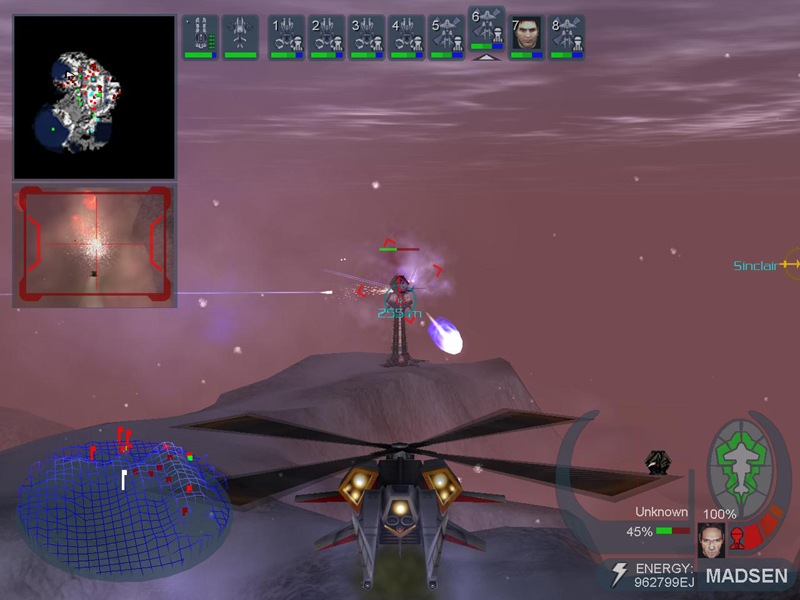 
ABOUT THE GAME In 2032 an Earth that knows only peace is forced to relearn the art of war.

Twenty years have passed since the population of Earth did a fine job of destroying nearly everything in one final struggle for power by the politicians and military leaders. Twenty years have been spent building a near Utopia, a society where currency and finance are irrelevant, a planet without hunger or poverty. All weapons have been destroyed to ensure peace. But hidden away in an archipelago in the Pacific Ocean, a cabal of old-world magnates: ex-leaders, financiers, politicians, and despots, are planning a return to the greed fueled, hate filled past. And there in no way to fight them. Except this one last remaining Adaptive Cruiser ﾡﾰ The Antaeus. Antaeus Rising combines explosive action with powerful real-time strategy. Take command of powerful aircraft carrier/manufacturing platform. Create military units with your carrier using the most advanced nano-technology known by the modern world and lead an army against the forces of the Old World Cabal. Plan your assault from within your carrier and than enter your units for some third-person mayhem! The fate of world is in your hands, are you able to hold it?