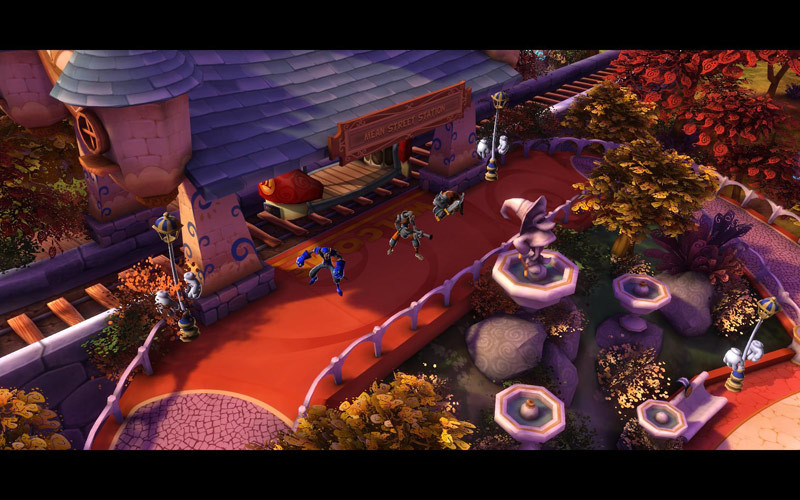 Night at the Grindhouse (Dungeonland + The Showdown Effect)

NOTICE:Activation key must be used on a valid Steam account, requires internet connection.


ABOUT THE GAME Paradox Interactive is proud to present a double bill of thriller chiller, blood spillers!

In a world that wouldn?t allow them to survive, an entire cast of clich??d combatants meet one fateful night and unleash bloody carnage on their equally-contrived counterparts in this year?s smash hit, The Showdown Effect. Filmed in special 2.5D RenderVisionScope, The Showdown Effect?s multiplayer mayhem blasts its way from the silver screen to your home computer.

Finishing off this unique double feature is one of the most sadistic, diabolical, sinister tales ever told. Three heroic adventurers , in search of fame and fortune, travel to a mysterious theme park overseer ﾡﾰ the mythical Dungeon Maestro. Join forces with two of your doomed friends and attempt to take down the treacherous Maestro. Or play the role of the Maestro himself and terrorize the hapless human-controlled heroes. You can?t escape the shock, the terror, the pure insanity of...Dungeonland.