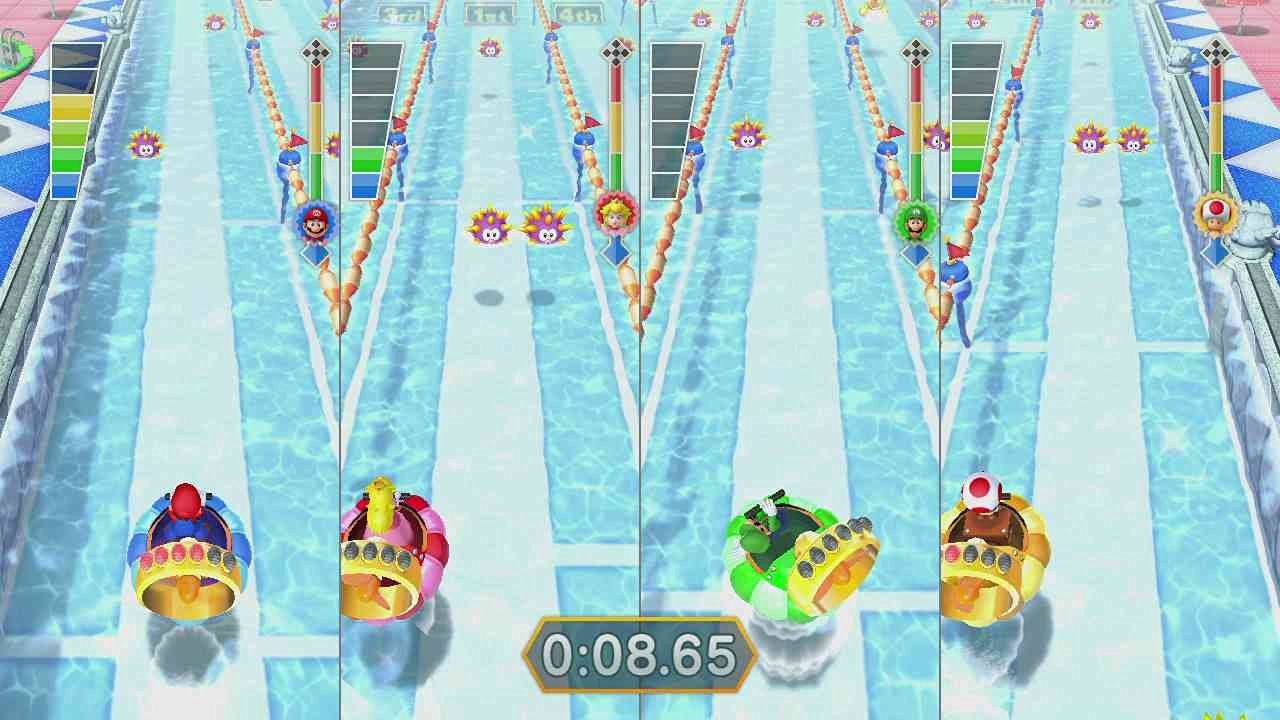 Bowser crashes the latest Mario Party, the first installment of the series on the Wii U console. In the new Bowser Party mini-games, play as Bowser himself and face off against up to four others playing as Mario and friends. Control Bowser using the buttons, motion controls and touch screen of the Wii U GamePad controller in different ways, and wreak havoc as Bowser in each mini-game while the other players strive to survive.

Grab the GamePad and play as Bowser for the first time in the series. In Bowser Party mini-games, one player gets to be the fire-breathing Bowser as he tries to burn, bonk or blast other players away. Up to four players use Wii Remote controllers to cooperate and survive as they confront the Bowser player, who is using the Wii U GamePad. It's four against one, and being a party pooper has never been so much fun!

Control Bowser in a variety of ways with the Wii U GamePad. In Bowser's Bad Breath, for example, the Bowser player moves the GamePad around to aim and shoot fireballs at the other players while they attempt to dodge them. Colors and textures pop off the screen as the Mario Party series leaps into high definition for the first time.

Plus, there's a whole new slew of mini-games that you can play in Mario Party 10, as Bowser not only changes the game, but the kind of games you can play!

What's that? You want more? Well, if you have Amiibo, you can actually put them onto your Wii U Gamepad and get access to new characters, new maps (custom made for the Amiibo character you have) and new games you can play. So once you're done with the main modes, grab an Amiibo and go see what else is in store for you in Mario Party 10!