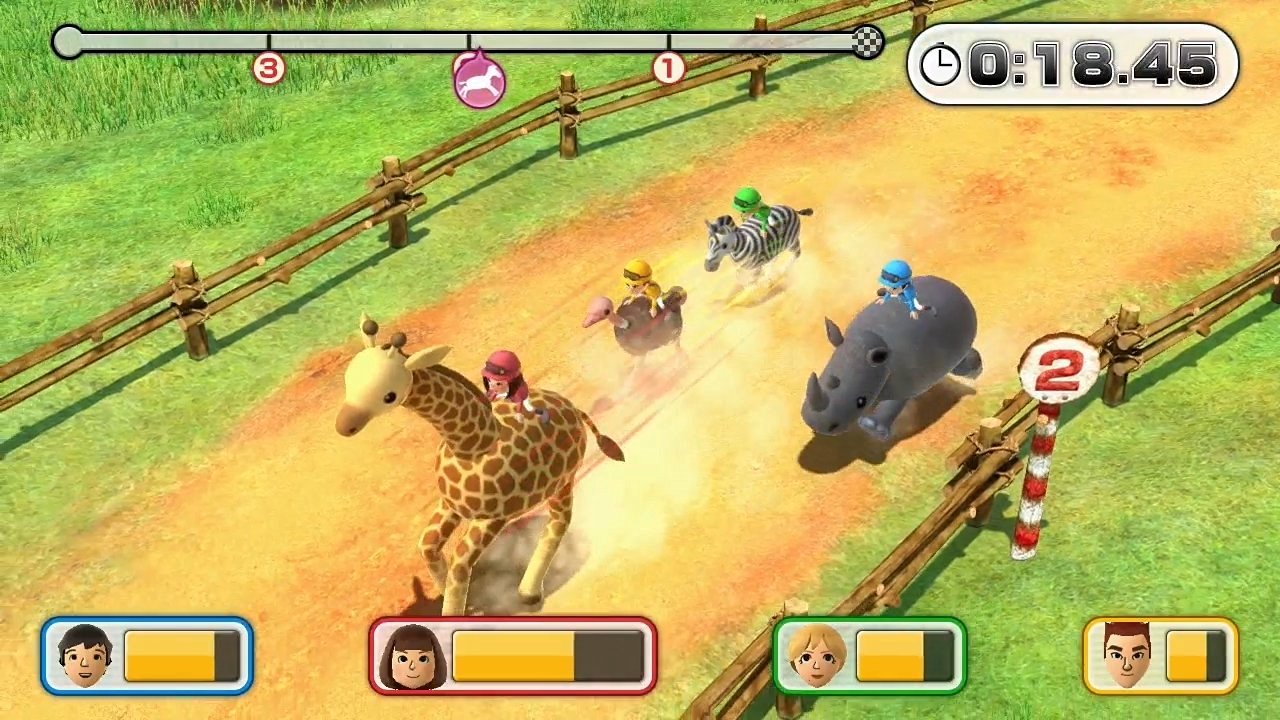 Enjoy board games and mini-games on the TV, play familiar tabletop games using the Wii U GamePad Controller, or transform your living room into a game show floor. No matter what kind of party you're throwing, Wii Party U offers something for everyone. Bundled with a Wii Remote Plus controller and stand at a suggested retail price of $49.99.

Everyone at the party competes with his or her own Mii characters in a medley of party games.

Experience new ways to play with others using the Wii U GamePad. For example, in "Lost-and-Found Square," imagine you are the person holding the GamePad and you are lost in a playground. Your goal is to describe your surroundings based on what you see on the GamePad in order to help the other players find your location.

Post your impressions of game sessions to Miiverse. You can rate your performance by adding a one- to five-star ranking after the match is over.

When you want to leave the TV behind, you can choose to play exclusively on the Wii U GamePad with an array of 15 tabletop games, ranging from foosball to baseball, for two-player competitive and cooperative play.

First came Wii Sports, then came Wii Play, the Wii Sports Resort, and now, Wii Party U! Experience the fun and excitement of playing mini-games that can only be done when you have the Wii U Gamepad, and are playing them with friends. Experience the creativity and fun of working together, or working against each other in order to complete a task, and win a game!

You'll never be wanting for more as you explore the various mini-games, then post them on Miiverse for others to see how you are doing! The fun will start and never stop in Wii Party U.