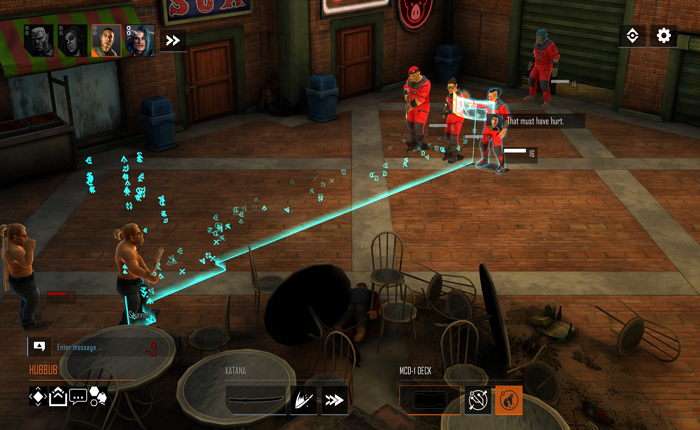 Entrapped in a city plagued by a deadly virus, assaulted by the minions of a megacorporation, attacked by infected and with a dragon on a rampage through the city you have to unearth the secret conspiracy that connects it all. As the leader of your team of Shadow runners, you will have to use magic, technology and every weapon available to you, to save the lives of thousands in a city at the brink of extinction. Grow you character, plan your missions and control your team in combat or play live co-op with other players to overcome the challenges ahead of you. Meet your fellow runners in the Back Alley or hire henchmen to help you succeed. Set in the dystopian near future of our world, where magic has awakened and blends with technology, creatures of myth and legend have returned. Elves, Dwarves, Orks and Trolls walk among the neon-lit streets, while the matrix connects everyone and everything as the corporate towers cast their long shadows across the globe. You are a Shadow runner - a secret operative on the edge of society, hired for the jobs no one wants to be connected with. A cyberpunk rebel surviving by skill and instinct in the shadows of the corporate towers! Welcome to the dark side of the future, chummer. It's going to be a hell of a ride.