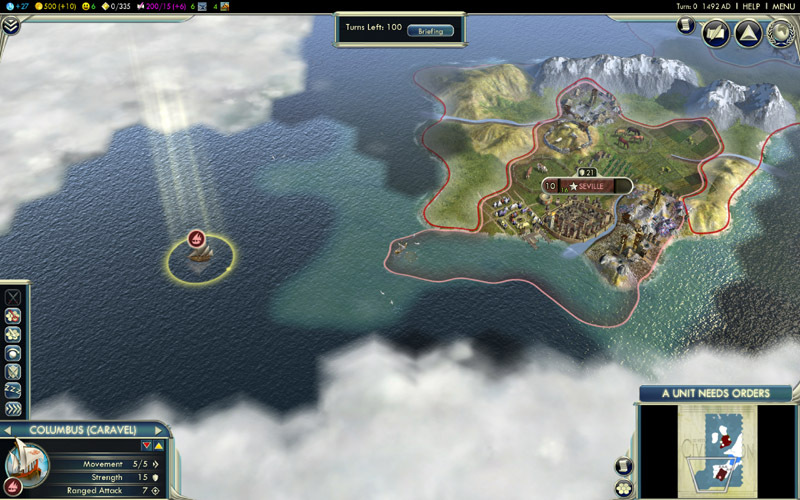 ABOUT THE GAME Sid Meier?s Civilization V: The Complete Edition is the definitive Civilization V collection for PC gamers who have yet to experience the famous ?just-one-more-turnﾝ addictive gameplay that has made Civilization one of the greatest game series of all time. The Complete Edition includes the original 2010 Game of the Year award-winning strategy game Sid Meier?s Civilization V, plus the two critically-acclaimed expansion packs (Gods & Kings, and Brave New World) and all of the released add-on content in one complete package for an amazing value.

? 1991-2013 Take-Two Interactive Software and its subsidiaries. Developed by Firaxis Games. Sid Meier?s Civilization V: Brave New World, Sid Meier's Civilization V: Gods & Kings, Sid Meier?s Civilization V, Civ, Civilization, 2K, Firaxis Games, Take-Two Interactive Software and their respective logos are all trademarks of Take-Two Interactive Software, Inc. Fork Copyright ?2013 Fork Particle, Inc. Rapid XML Copyright ? 2006-2013 Marcin Kalicinski. Lua Copyright ? 1994ﾡﾰ2013 Lua.org, PUC-Rio. Uses Granny Animation. Copyright ? 1999-2013 by RAD Game Tools, Inc. Uses Miles Sound System. Copyright ? 1991-2013 by RAD Game Tools, Inc. ? 2013 NVIDIA Corporation. NVIDIA, the NVIDIA logo, and The way it's meant to be played are trademarks or registered trademarks of NVIDIA Corporation in the U.S. and other countries. Intel, the Intel logo and Ultrabook are trademarks of Intel Corporation in the U.S. and/or other countries. The ratings icon is a trademark of the Entertainment Software Association. All other marks and trademarks are the property of their respective owners. All rights reserved. The content of this videogame is fictional and is not intended to represent or depict an actual record of the events, persons or entities in the game?s historical setting.