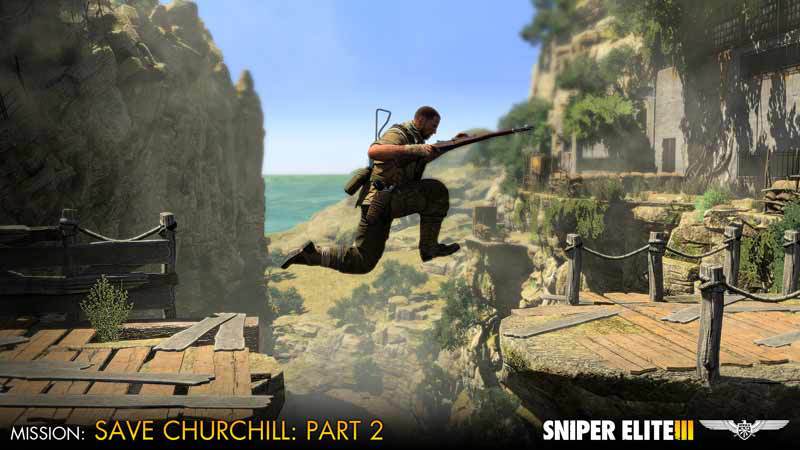 NOTICE: Requires the base game Sniper Elite III in order to play. Activation key must be used on a valid Steam account, requires internet connection.


ABOUT THE GAME Save Churchill Part 2: Belly of the Beast is the intense second mission of a new three-part campaign for Sniper Elite 3.

In the outlying mountains of North Morocco a concealed facility is being used by Axis forces to create devastating new weapons of war and build an elite unit of the F??hrer?s most devoted soldiers.

Among them is Raubvogel, the elusive German sniper behind a plot to kill British Prime Minister, Winston Churchill. You must find out what you can about the planned assassination and stop these new weapons from leaving the remote facility.

Traverse an intricate maze of lofty canyons and walkways littered with enemy encampments and testing rooms. But be cautious, the soldiers guarding the canyon are some of the most formidable that you will have ever faced, and eager to test their terrifying new weapons... Save Churchill Part 2 can be played alone or in online co-op.