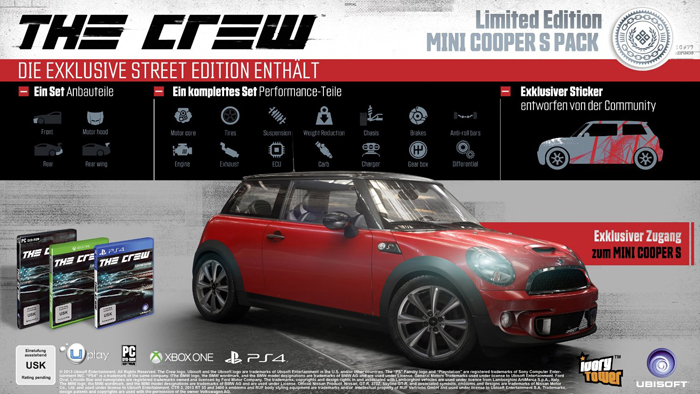 NEVER DRIVE ALONE
Jump in and out seamlessly and build your crew of four through bonding or intense rivalry. Whether your objective is to takedown a convoy or to escape the police, achieving it with friends ensures a fresh experience each time you join in.

A PLAYGROUND OF UNPRECEDENTED SCOPE AND VARIETY
The entire United States is your driving playground – all roads and everything in between. Every type of terrain imaginable is yours to master – from downtown city streets to suburbs, hillsides, cornfields, canyons, desert dunes or even race tracks.

PREPARE FOR THE NEXT JOB
An extensive tuning system combining depth and simplicity allows you to collect cosmetic and performance parts and customize your licensed cars, according to your style and driving preferences.

THE EXPERIENCE GOES ON, WHEREVER YOU ARE
Continue the experience on iOS, Android tablets, and on the web. Keep track of your friends’ performances and tinker with your ride before playing it live to set new records, or send your crew on jobs on-the-go to gain more XP and parts.