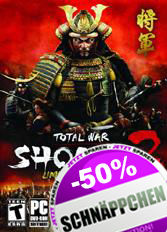 Total War: SHOGUN 2 features enhanced full 3D battles via land and sea, which made a name for the series, as well as the tactical campaign map that many refer to as the heart and soul of Total War. Featuring a brand new AI system inspired by the scriptures that influenced Japanese warfare, the millennia old Chinese “Art of War”, the Creative Assembly brings the wisdom of Master Sun Tsu to Total War: SHOGUN 2. Analysing this ancient text enabled the Creative Assembly to implement easy to understand yet deep strategical gameplay.