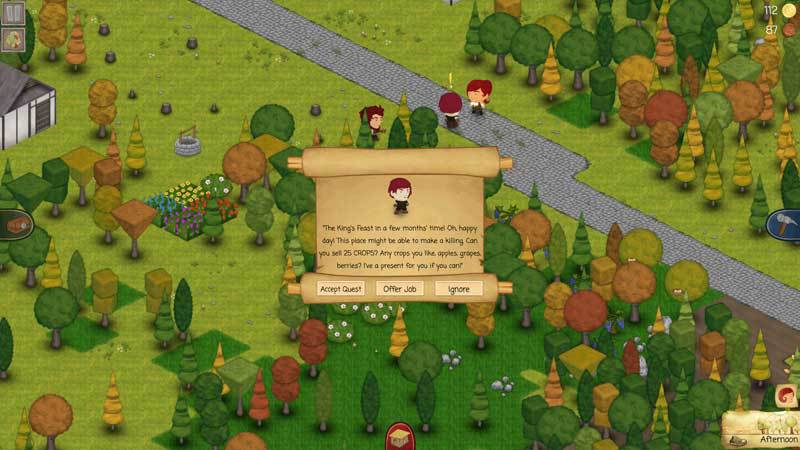 
ABOUT THE GAME TownCraft is a chill-out crafting and city-building game in which you'll build a humble medieval town from the very first stone. ! !

You are alone in the wilderness, and must build a new town, complete with workers and inhabitants, to be the celebration of all the kingdoms! ! !

To the West lies King Oligarchy, a narcissist primarily absorbed by his own reflection. To the East: Queen Omnibus, busy 'taming' neighbouring kingdoms with the tip of her blade. ! ! In between is you. ! !

You begin by crafting the most basic of tools, tying a sharpened stone to a small piece of wood as a hatchet, but before long your town will be teeming and with travellers from all across the land. They'll buy your wares at the local shops, come to check out the sights, have some food and drink at your tavern, they'll come looking to trade with you, or work for you. Fish, farm, forage, hire, fire, and explore the bizarre and kitschy world of TownCraft.